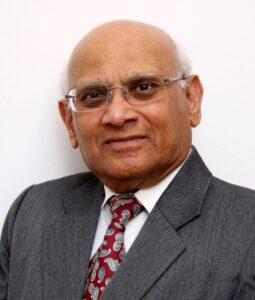 Dr. Shah is a founding President of Society of Pharmaceutical Dissolution Science (SPDS) US Chapter. He is a Pharmaceutical Consultant, a member of Steering Committee of Non-Biological Complex Drugs (NBCD) hosted at Lygature in The Netherlands (2011-Present), and expert consultant with NDA Partners (2016 – Present).
Dr. Shah retired from US FDA (Food and Drug Administration) as a Senior Research Scientist after 30 years of service in July 2005. At FDA, he has developed several Regulatory Guidances for Pharmaceutical Industry in the area of dissolution, SUPAC, bioanalytical method validation, bioequivalence and biopharmaceutics.
Dr. Shah was the President of American Association of Pharmaceutical Scientists (AAPS) in 2003. He is a Fellow of AAPS and International Pharmaceutical Federation (FIP). He is a recipient of several awards including FIP Lifetime Achievement Award in Pharmaceutical Sciences; Honorary Doctorate from Semmelweis University, Budapest, Hungary; Honorary Doctorate from University of Medicine and Pharmacy Carol Davila Bucharest, Romania; AAPS Distinguished Pharmaceutical Scientist Award and AAPS Global Leader Award. 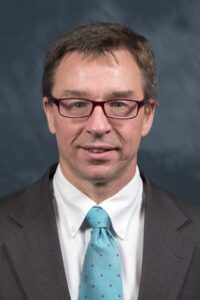 Dr. James E. Polli is Professor of Pharmaceutical Sciences and Ralph F. Shangraw/Noxell Endowed Professor in Industrial Pharmacy and Pharmaceutics at U of Maryland.  He received a B.S. in Pharmacy (Philadelphia College of Pharmacy and Science) and a Ph.D. in pharmaceutics (U of Michigan). His research interest is oral drug absorption. His two main research interests are 1) maximizing oral bioavailability through formulation and chemical approaches and 2) developing public quality standards for oral dosage forms. Dr. Polli has an active laboratory and clinical research program, with clinical pharmacokinetic studies in patients and healthy volunteers. He has served as advisor to 20 Ph.D. graduates. He is co-Director of the U of Maryland Center of Excellence in Regulatory Science and Innovation (CERSI), and FDA-funded collaborative agreement with the Agency. He is Director of the online MS in Regulatory Science program (www.pharmacy.umaryland.edu/regulatoryscience). He is an Editor of Pharmaceutical Research. He is a member of the University of Maryland General Clinical Research Center Advisory Committee.  Dr Polli is a member of the University of Maryland institutional review board (IRB). He is a member of the Scientific Advisory Board of Simulations Plus. 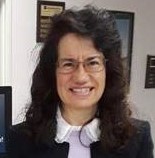 Dr. Sandra Suarez-Sharp obtained a bachelor’s degree in Industrial Pharmaceutical Chemist at the National Polytechnic Institute of Mexico City.  After graduation, she worked for Johnson and Johnson in Mexico.  She obtained a PhD in Pharmaceutical Sciences in 1997 from the University of Florida and her postdoctoral research was carried out at Chapel Hill University in North Carolina, in the areas of ​​Pulmonary drug delivery and Pharmacokinetics. In 1999, she joined the FDA, Office of Clinical Pharmacology supporting several therapeutics divisions. Later, she became master reviewer and scientific advisor to the Division of biopharmaceutics, Office of Product Quality in areas such as in vitro-in vivo correlation, biowaivers, RTRT dissolution models, and Physiologically based biopharmaceutics modeling (PBBM). Dr. Suarez-Sharp collaborated in the development of different guidance for industry, among them the one on The Use of Physiologically Based Pharmacokinetic Analyses — Biopharmaceutics Applications for Oral Drug Product Development, Manufacturing Changes, and Controls (PBBM) published in October 2020. She represented the FDA at different National and international scientific events. Dr. Suarez-Sharp has a large number of publications related to the areas of dissolution, in vitro-in vivo correlation, establishment of specifications with clinical relevance, physiology-based biopharmaceutics modeling (PBBM) . She joined Simulations Plus in March 2020 as Vice President of Regulatory Affairs. 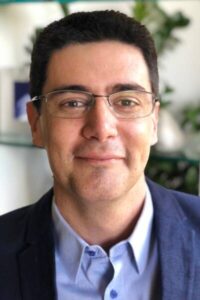 Rodrigo Cristofoletti, Ph.D., joined the University of Florida in 2019 as research assistant professor in the Center for Pharmacometrics and Systems Pharmacology (Orlando) in the Department of Pharmaceutics. He received his B.S. in Pharmaceutical Sciences from the University of Sao Paulo, Brazil in 2004. Dr. Cristofoletti received his Ph.D. summa cum laude from the Johann Wolfgang Goethe University (Frankfurt am Main, Germany) under the supervision of Dr. Jennifer Dressman in 2017. The Therapeutic Equivalence Department of the Brazilian Drug Regulatory Agency (ANVISA) has been Dr. Cristofoletti’s place of employment for the last 14 years. While there, his research on oral drug absorption has helped in building scientific foundations for generic policies within Brazilian jurisdiction. Dr. Cristofoletti received the Simcyp Academic Most Informative and Scientific Report 2017 Award for his research on translational modeling strategies to establishing an in vitro-in vivo link. He serves as a member of the Special Interest Group on BCS and Biowaiver of the International Pharmaceutical Federation (FIP) and a member of the Brazilian Pharmacopoeia.