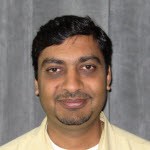 Sanjaykumar Patel is Principal Scientist at Merck & Co., Inc. in Rahway, NJ. He has 18 years of experience in pharmaceuticals industry. His experience includes working on novel drug delivery formulations such as self-emulsifying drug delivery systems, amorphous solid dispersion, controlled release and gastro retentive, and parental formulation. His research interest is focused on developing predictive bio-relevant in-vitro methodologies to understand in-vivo performance of oral and parental formulations. He has co-authored several scientific papers. He is an active member of AAPS and a part of the IVRDT (In Vitro Release and Dissolution Testing) focus group steering committee. He is involved in cross-organization consortium, OrBiTo, in the area focusing on a development and improvement of in-vitro analytical tools. 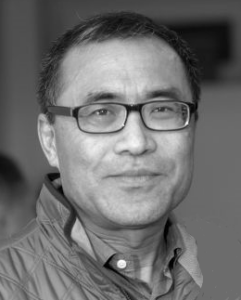 Dr. Xujin Lu is a Research Fellow at Bristol-Myers Squibb Company in the department of Drug Product Development, Global Product Development and Supply. With 30 years of experience in research and development in pharmaceutical industry, Dr. Lu currently focuses on in-vitro biopharmaceutics drug release and biorelevant dissolution for product development. Dr. Lu is active members of AAPS, ACS, and SAS, and a past Chair of the In Vitro Release and Dissolution Testing (IVRDT) Focus Group of AAPS. Dr. Lu also serves on the USP Expert Panel on New Advancements in Product Performance Testing, USP Expert Committee of Dosage Forms, and the Editorial Advisory Board of Dissolution Technologies journal.

Dr Nikoletta Fotaki is a Reader in Biopharmaceutics at the University of Bath, UK. She graduated in Pharmacy from the National and Kapodistrian University of Athens in Greece and she holds an MSc in Toxicology and a PhD in Biopharmaceutics-Pharmacokinetics. She participated in several research projects in the School of Pharmacy of the National and Kapodistrian University of Athens and in Hoffman La Roche (USA) before her academic appointment at the University of Bath. She has also worked in the National Organisation for Medicines in Greece. Her expertise and research are focused on Biopharmaceutics Tools used in all stages of drug development, Physiologically Based Pharmacokinetic (PBPK) modeling/ Physiologically Based Biopharmaceutics modeling (PBBM), in vitro and in silico tools for predicting absorption in normal populations and in special populations, dissolution methods, IVIVCs and biowaivers. Her scholastic work includes more than 80 peer reviewed publications, one book, 5 book chapters, 86 published conference contributions and 2 patents. She is a reviewer and scientific advisor of several scientific journals. She was a Deputy Editor for AAPS Open and member of the editorial board of Journal of Pharmacy and Pharmacology, Dissolution Technologies and DiePharmazie. She is an Associate Fellow of the Higher Education Academy and has been involved in the evaluation of several research proposals. She is also an Adjunct Associate Professor in the University of Waterloo (Canada) and a visiting Lecturer in King’s College London. She is the vice chair of the Oral Biopharmaceutics and Absorption Modeling (OBAM) Community of AAPS and she has been the chair of the In Vitro Release and Dissolution Testing (IVRDT) Focus Group of AAPS. She is a member of a USP expert panel and of several scientific societies and has been an invited speaker at several conferences. 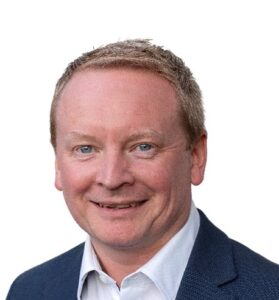 Dr. Terry Ernest is a Chartered Biologist and GSK Senior Fellow with a Masters degree in Industrial Pharmacy and PhD in Pharmaceutics. Currently working as a Director in Pharmaceutical Development (PD), Terry has over 25 years experience in the pharmaceutical industry at GSK, spanning Research & Development and Commercial Supply. Terry has developed a range of drug products including modified release formulations, tablets, capsules, oral liquids and sterile liquids across a wide number of projects for various diseases and indications. At GSK, Terry leads a global group focused on age appropriate product development and is a member of a number of age appropriate focus groups within and external to GSK. Terry is passionate about age appropriate drug development and continues to actively research and collaborate with academia and other industry partners in this field. Terry often engages with regulatory bodies such as the FDA, EMA etc in association with age appropriate drug development strategy. 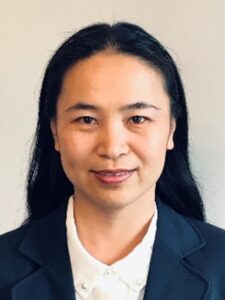 Office of Research and Standards/Office of Generic Drugs, CDER/U.S. Food and Drug Administration

Dr. Wu has been with FDA for more than 9 years. She is responsible for using modeling and simulations tools for reviewing pre-abbreviated new drug applications (pre-ANDA) meeting packages, ANDA consults and controlled correspondences. Prior to joining DQMM, Dr. Fang Wu was a biopharmaceutics reviewer for more than 4 years and responsible for NDA and ANDA biopharmaceutics reviews. She has been a principal and co-principal investigator for multiple FDA research projects and involved in several guidance working groups and grant review panels.